A brief history of the emoji

Home » Insights » Culture » A brief history of the emoji

Whether the thought gets you feeling 😍 or just kinda 🙄, emoji are pretty impossible to avoid. Over 5 billion are sent a day on Facebook messenger, and the little critters now appear in nearly half of Instagram comments. But if you think emoji are just a millennial movement, think again my friend…

Sit back, and let us walk you through the history of the humble emoji…

Dr Scott Fahlman, a professor at Carnegie Mellon, creates the first emoticons. ‘But why?!?!’, we hear you ask. For one simple reason. He wanted an easy way to distinguish the jokes from the serious things he was posting on messaging boards.

Make’s a lot of sense really…

Over in Japan, Shigetaka Kurita, an engineer at NTT DoCoMo, decides to create a set of icons that can be sent via mobile internet. Working in a 12 x 12 pixel grid, he develops 176 icons.

And so, the emoji is born…

Unsurprisingly, rival companies, including Apple and Google, are quick to copy DoCoMo’s creation.

Google petition to get emojis recognised by the Unicode Consortium, a non-profit organisation that maintain text standards across computers.

Apple officially jumps on the bandwagon.

In Japan, the emoji keyboard appears on iPhone OS 2.2 in November 2008.

Anyone remember these bad boys? 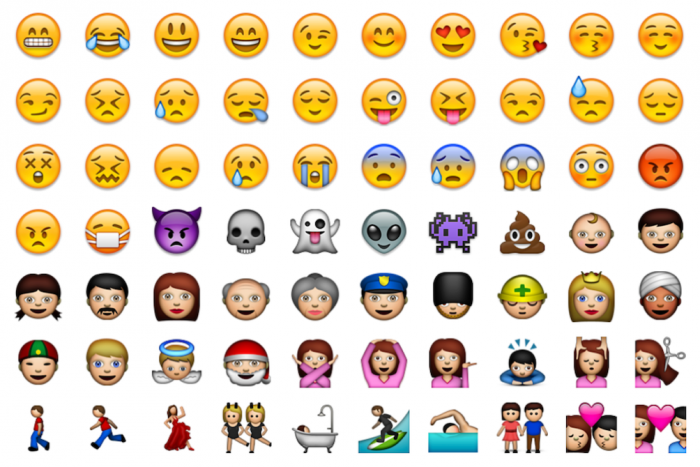 Yasuo Kida and Peter Edberg, Apple engineers in California, submit a request to add 625 new emoji into the Unicode Standard.

Unicode accept Apple’s proposal. Emoji are slowly on their way to world domination.

Kinda late to the party, the emoji keyboard is officially added to Android.

Emoji get a much needed dose of diversity.

Over the next two years, the pride flag, same sex couples, different skin tones, weightlifting women and single parents are added to the keyboard.

The Emoji Movie is released. All hope for humanity is gone.

But it’s okay really, because redheads and grey hair are finally getting the recognition they deserve. 👩‍🦰👩‍🦳

So, what’s next in the world of emoji? More good things. Soon we’ll be seeing wheelchair users, bionic arms and hearing aids in the catalogue.

A fun and engaging way to communicate, we can’t see them going anywhere any time soon. Want to see what the Synergy team’s favourite emoji are? Check out our Instagram highlight for World Emoji Day.

The REAL value of your Employer Value Proposition (EVP)

When Employer Value Propositions (EVPs) first gained popularity, they were often simply seen as a…